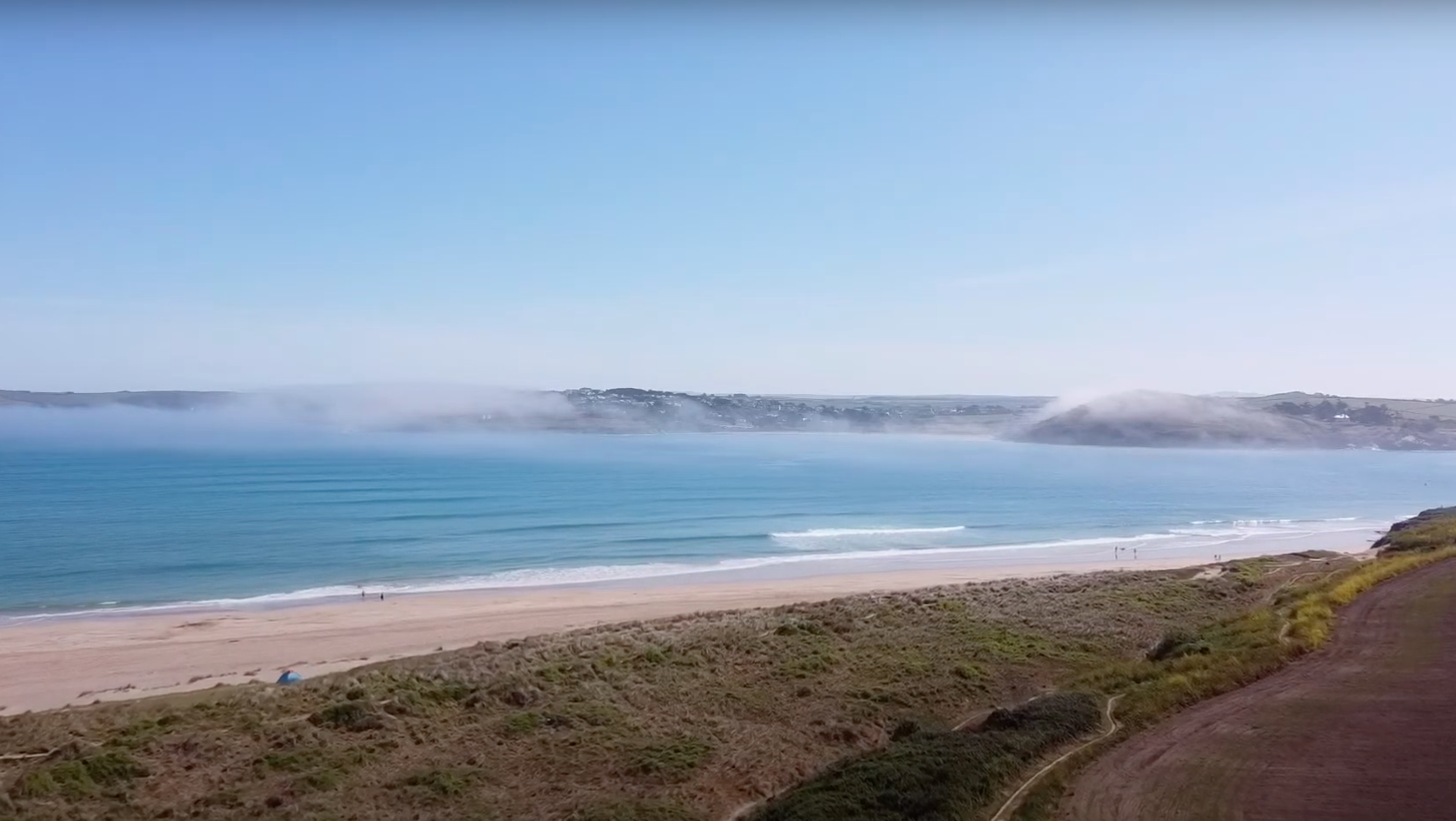 Cornwall is blessed with spectacular landscapes, rich culture, top attractions and stunning beaches. It’s no wonder that this place has always been a popular tourist destination. However, there is so much more to Cornwall than its famous tourist spots. Explore some of the lesser known places in Cornwall to avoid the tourist traps. 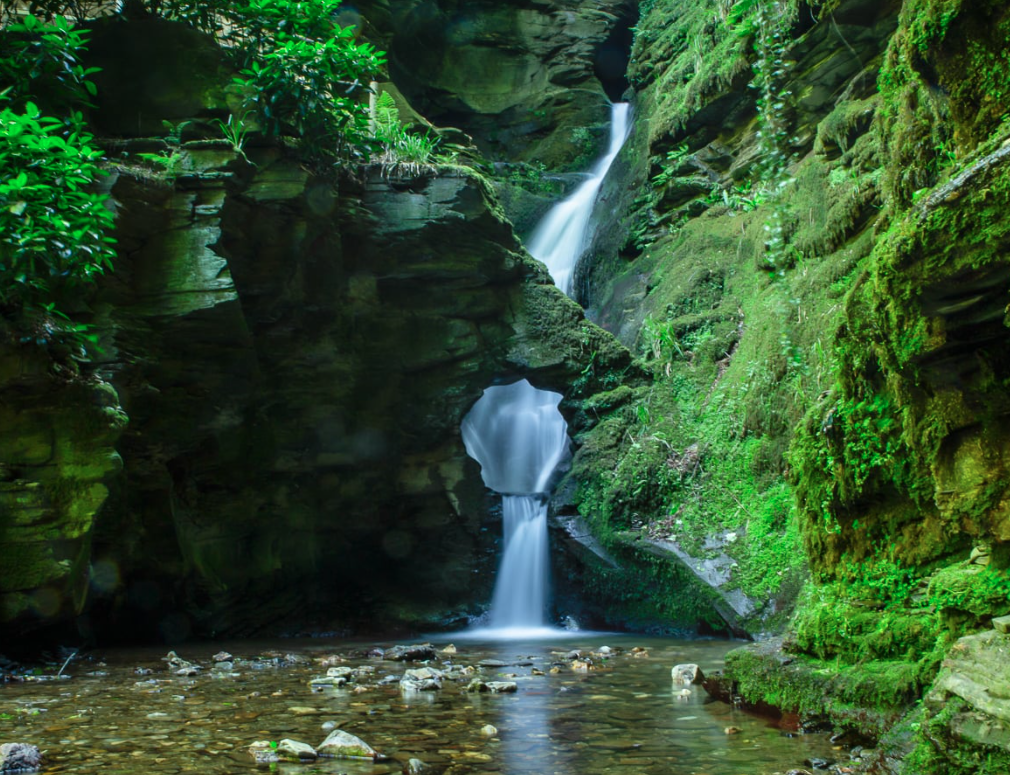 St. Nectan’s Glen is a magical place in Trevethy Woods near Tintagel. It looks like you are transported to an otherworldly place because of its mesmerising and ethereal beauty. This glen boasts three waterfalls which include a 60-foot-high waterfall that is flowing and carving its way to the rock face.

St. Nectan’s Glen is home to many rare fauna and flora species and is believed to be inhabited by fairies and spirits. Listen to the sounds of waterfalls or enjoy a tranquil walk in the glory of nature when you visit this mystical hidden gem in Cornwall.

There are many popular and beautiful beaches in the county, but Pedn Vounder is probably the most stunning one in the whole United Kingdom. It is located at the east end part of Porthcurno cove. This beach is completely covered during high tide but once the tide is low, a sandbar emerges out of the sea. Its turquoise clear water will mesmerize you. Unfortunately, this is a nudist beach so make sure you are very careful when taking pictures.

Dozmary Pool is a tiny lake in Cornwall and has been associated with myths and tales. Legend says that this pool is where the hand of the Lady of the Lake arose to take King Arthur’s Excalibur after being gravely injured in battle. This is a must-visit lake if you are interested in myths, legends and literature.

Aleister Crowley was an English philosopher, controversial occultist, painter, poet, mountaineer and writer. He founded the Thelema religion and identified himself as a prophet. He also designed a set of tarot cards called the Troth Tarot Deck.

Crowley has gotten widespread notoriety throughout his life course, being a bisexual, drug user and named by the tabloids as the wickedest man in the world. Dare to visit his abandoned house near Zennor, Cornwall if you are curious about his old temporary house. 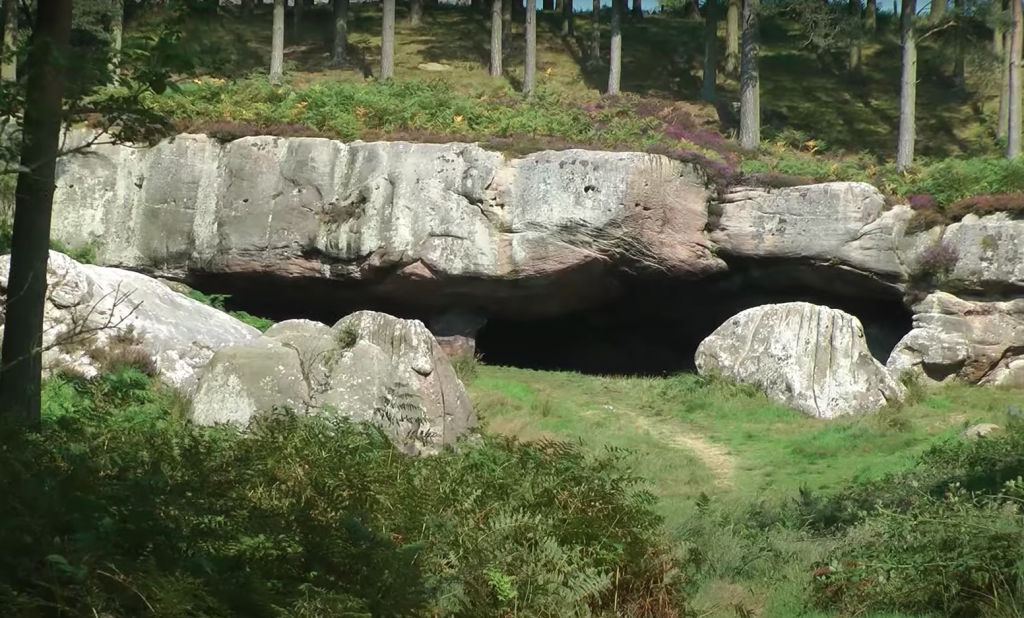 St. Cuthbert’s Cave, also known as the Holywell Cave, is a magnificent cave at Holywell Bay. The entrance to this cave is through a slim slit in the rocks where you will be led to a colourful grotto. It was quite popular during the 17th and 18th centuries for its healing powers and magnificence.

Heartlands is an educational park in Pool and was designed to let people appreciate the local mining legacy in Cornwall. The engine houses were converted into a museum to showcase the great mining history of Cornwall. You can bring your kids here and let them explore and play the adventure playground at Heartlands.

Port Quinn was once a safe haven for fisherfolk for many years. Previously, this little hamlet was a busy place but today it is a serene cove where you can go for a lovely swim or have a nice and quiet walk or bike ride.

Kynance Cove is located just two miles north of Lizard Point. It is famous for its turquoise water and white sand. During low tide, you can explore the interlocking caves or just have a relaxing time on the fine white sand.

Situated on the location of a crumpled mine shaft, this pit was transformed into an amphitheatre in the eighteenth century. It was used as a preaching pit in 1762 by the preacher John Wesley.

Chun Quoit is located near Morvah and Pendeen. It stands on a ridge and is overlooking the open sea and heather moorland. It is one of the most well-preserved of all Neolithic quoits. It features a big and round capstone that sits on the top of upright stones. Though not as remarkable as Stonehenge, it is still a magnificent sight to see.

Newlyn is not a popular town for tourists but this place has some nice things to offer. This village has a distinctive charm because of its rich fishing past which you cannot find anywhere else in Cornwall. It is one of the biggest fishing ports in the county and it is worth visiting especially during the Newlyn Fish Festival when cafes and booths occupy the harbour.

Daniel Gumb was the name of a real person who became a marvel during his days. He built a cave out of 10×4 metres of raw materials. It is settled on the side of the old Cheesewring Quarry. He was known as a philosopher who had a fascination for mathematics and astronomy.

The quarry expanded after his death and was later moved to a much safer location with the original stone slabs.

This hidden gem is best reached by hiking along the coast trail from Kennack Sands. It is situated at the foot of a steep rock and has sugar-white sands and clear, turquoise waters. It is a great place to snorkel or swim or just have a relaxing time on the sand.

Although Cornwall has many famous gardens, the Hidden Valley Gardens has its own beauty and charm. Situated in a secluded hidden valley, this garden offers vibrant herbaceous and cottage garden beds. This place also offers homemade cakes served in the little tea hut.

This beach is located near Padstow at the mouth of the River Camel. Though this place is too lovely not to be noticed, there are no crowds. The reason is because of the limited parking and long-winded entry. With just rock pools, dunes and a big beach, prepare your picnic blanket and have a relaxing time in this hidden gem of Cornwall.

There are plenty more lesser known places in Cornwall and we will be posting another list. Indeed, many other spots can be enjoyed in this beautiful county without having to deal with so many people around. 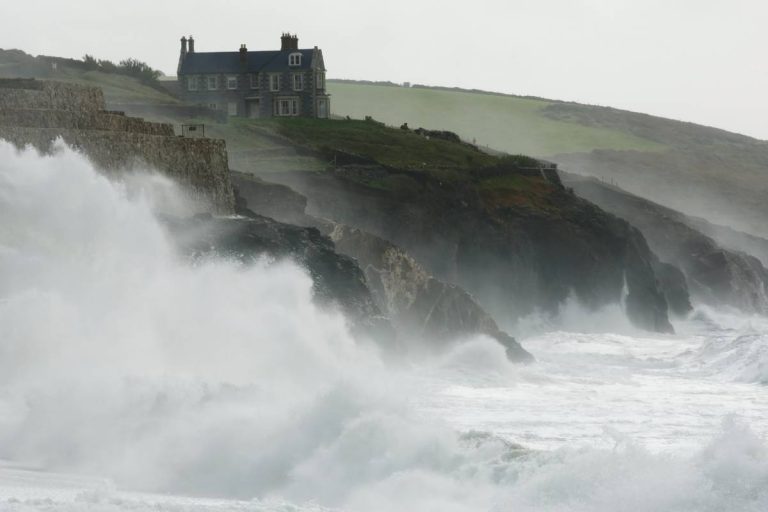 The first week of 2014 was a stormy one in Cornwall. The New Year got off to a riotous start with a holy trilogy of strong winds, high tides and enormous swell generated by storms in the Atlantic. Crashing waves engulfed headlands, rock formations tumbled, sand-dunes were swept away and may buildings on beaches were… 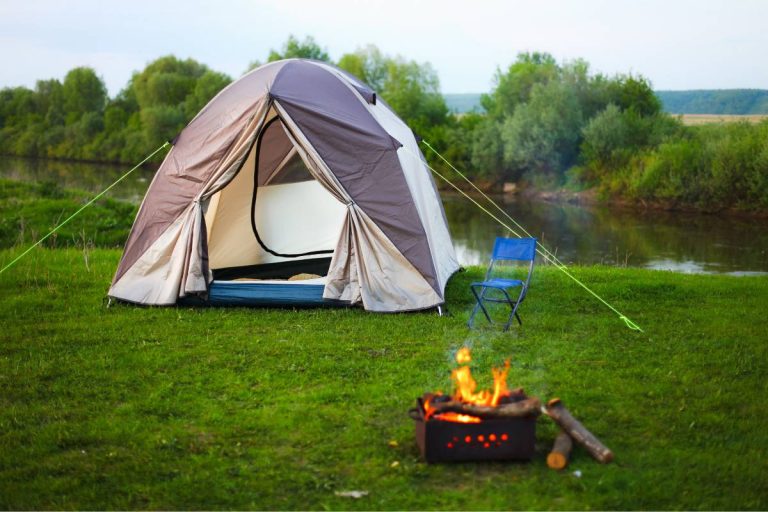 Camping in Cornwall needs to be one the very best ways to spend a vacation in the UK. As being unbelievably picturesque, Cornwall has one of the mildest environments in the UK making it a satisfying location to stretch out under canvas in an outdoor tents or park up in a caravan, camper van or… 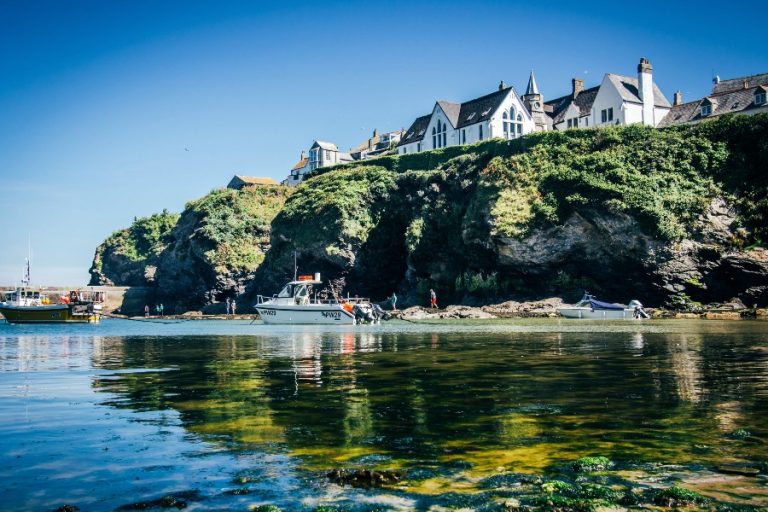 Self catering holidays offer complete flexibility and freedom. This is especially great for visitors with young families, as they can come and go as they please and relax in their own space. Unlike a hotel, where you would spend a holiday in s small room or in a communal living space. For this reason cottages… 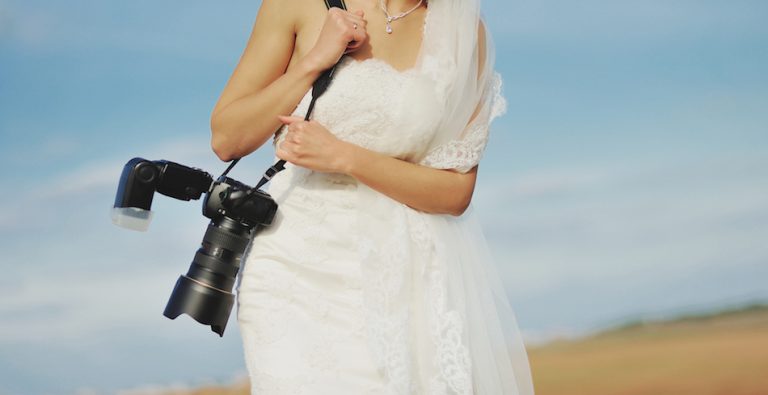 If you’ve been researching weddings in Cornwall for a while you will have been bombarded with stunning photos of couples in beautiful coastal locations. Many of these photos are circulated by the very best wedding photographers operating in Cornwall. They are inspirational and aspirational. They make you want to pay for top photographers whatever the… 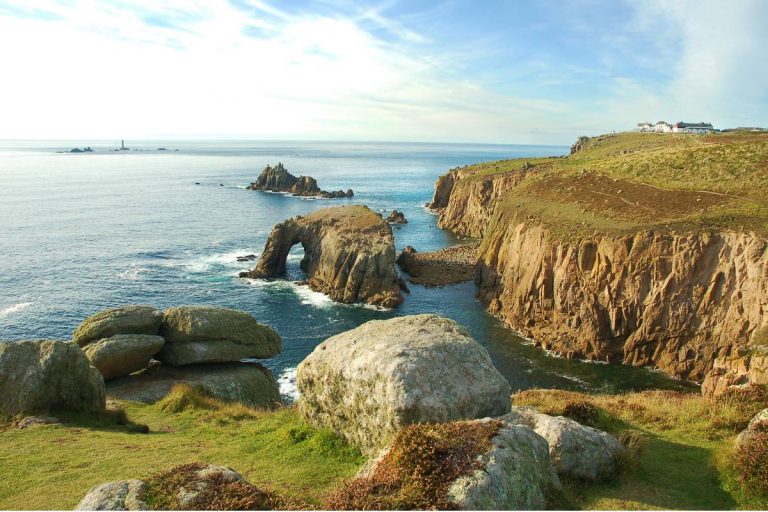 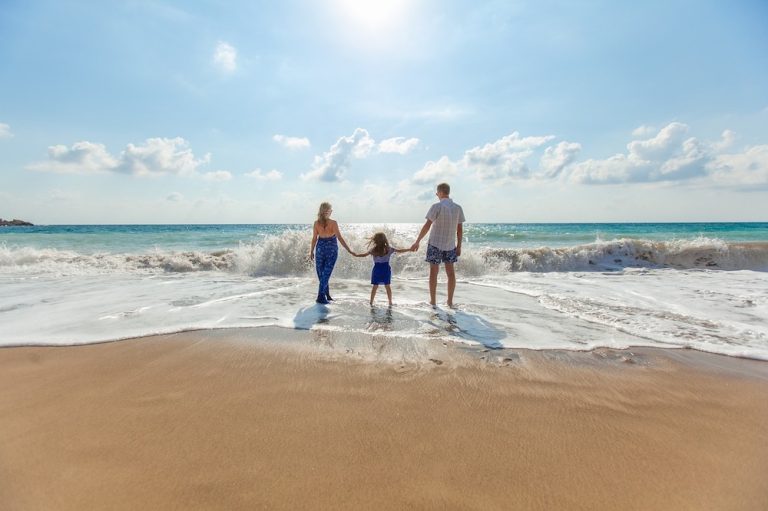